London – May 18th, 2015 – Leading global payments processor Global Processing Services (GPS) today announced that Suresh Vaghjiani will be joining their Senior Management team as Executive Vice President of Card Services.  Suresh commented, “We have all witnessed the growth of GPS globally in recent years and it is certainly exciting to be part of the team tasked with continuing the expansion of our global footprint”. 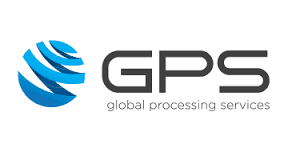 In his former role as Director of Issuing at Optimal Payments PLC, Suresh successfully established the Issuing and newly formed Card Services division.  Previously, as a founding member of Kalixa Payments Group, in his role as Head of Kalixa Pay, Suresh launched the award winning Kalixa prepaid card across international markets.  Suresh has a substantial understanding of electronic money, throughout its complete value chain from Issuing to Acquiring, with strategic knowledge on what works and does not work in various international markets.
As a member of the UK Contactless Advisory Committee, Suresh worked with TFL to pilot some of the first contactless prepaid products used on the London transport network.  In 2011, Suresh launched the first ever contactless wristwatch in the UK.  This is in addition to being responsible for launching the first App controlled NFC solution for i-phone in Europe.  Suresh is an elected Advisory Board member for the Emerging Payments Association.
GPS was founded in 2007 by the owners of Flex-e-vouchers (FEV).  FEV was one of the pioneers of prepaid Programme Management in Europe and continues to operate successfully today.   FEV’s founders identified weaknesses in prepaid processor capability and decided to launch a second business (GPS) that would provide the flexibility needed to service prepaid Programme Managers worldwide.  GPS is a MasterCard, Visa Inc. and Visa Europe accredited processor.  The platform was built in-house from the ground up and is tailored to prepaid card functionality, utilising the multi-year experience gained from operating one of the largest programme management companies in Europe.
Neil Weeks, Chief Commercial Officer at GPS commented, “Suresh is a well-known and respected industry expert.  We are delighted to announce his appointment to our senior management team”.
Tony Kerr, Chief Executive Officer at GPS added, “Suresh has a depth of product and industry knowledge that is amongst the finest in our sector.  We believe that Suresh will strengthen our executive team, further underpinning our global rollout strategy”.
at 12:00